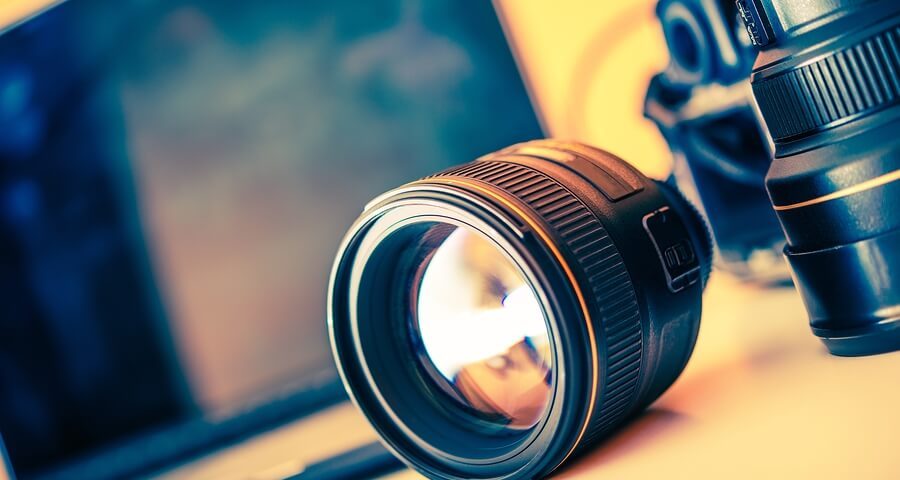 This test will create a reference for the darkest black your chosen photographic paper will produce, and to determine the shortest amount of time your enlarger set up will require to produce it. This is necessary because it provides you with a standard reference time so that when you start looking at film tests you will be able to judge whether your exposure times are correct and what film speed you should be using.

In order to allow for the base density of the negative you will be printing you need to produce an unexposed but processed negative to do the test. If you are using 4×5 film this is easy. Simply process one sheet of unexposed film and use it for the test. Roll film is about as easy. Next time you expose a roll of film wind the last couple of frames through and clip them off when you process the film.

Whichever film format you use, the next step is to set up the enlarger for the size print you make most commonly. Once your enlarger is set up for the standard print size (it doesn’t matter what size) follow these steps:

2) Set your enlarging lens two stops down from wide open. If your lens is f/5.6 wide open you should stop down to f/11. With most lenses this is the sharpest aperture.

3) Place a piece of paper in an easel or loose on the baseboard and expose for the following series of exposures.

So the exposure series is: 1 second, 1 second, 2 seconds, 4 seconds and 8 seconds. This will result in a test strip that gives a 5 stop range of exposures in 1 stop increments. The exposures are 1, 2, 4, 8 and 16 seconds. This may seem a bit confusing but it is a great way to start seeing exposure in the darkroom the same way you see it in camera. In other words, you never change your exposure outdoors in two second increments, you change in stops or fractions of stops. Working that way in the darkroom will help keep you vision of exposure consistent.

Once the test is processed and dried, check to see which stripe is completely black all the way across the sheet. This is the minimum time for maximum black. In other words, this is the shortest amount of time you can expose a piece of paper under your enlarger and get the deepest black from your paper with a negative in the carrier.

If you have a hand-held, incident light meter you can extend the usefulness of the test by taking a reading on the baseboard and recording the ISO, aperture and speed obtained. The ISO you choose doesn’t matter as long as you set it the same every time. If you record this reading you can set your enlarger for the minimum time for maximum black by simply setting up your enlarger and duplicating the readings you recorded. You can set your enlarger for a 16×20 print (or any other size) then use the aperture of the enlarging lens to recreate the meter reading you recorded from the test, and you will get an exposure that is equivalent to the one obtained for the test.

With the minimum time for maximum black you are ready to make a well defined proof of your film. Set the aperture and exposure time and place the film you want to proof under the enlarger. Since you have established the time it takes to print for the deepest black you can get the proofs made at this time will show the what your camera exposure and film processing have actually created. We will discuss this more in future issues but if you start using this standard now you will find over time that it makes your printing easier because it is standardized. It is one less variable to worry about in the darkroom.